Market Seasonality Factors: What This Means for Your Investments

Welcome to 2021! I believe we all have many hopeful expectations for the year ahead. And, as you may or may not be aware, we're right in the middle of two very popular seasonality factors for financial markets. We just experienced a "Santa Claus" rally, and now we're into January, historically, a favorable month for stocks, though not always.

So, what are we to take from a favorable calendar year finish for stocks, and what are we to make of January and what possibly lies ahead? Maybe there are some seasonality trends that offer clues?

Without a doubt, financial markets are influenced by seasonality factors, and these create recurring patterns over time in investment valuation. Many factors contribute to seasonality, including weather, political events, quarterly reporting, tax deadlines, vacation seasons, etc. As we start 2021, we look at 4 relatively well-known seasonality factors as markets begin a new year.

We go over these factors in more detail below, but we also put together this informative video on the subject:

The last week in December and first two trading days in January establish the timeframe for the infamous Santa Claus Rally. The rally is supposed to see a steady increase in stock market prices over its timespan. Several reasons have been proposed to explain the Santa Claus Rally, ranging from the harmonious holiday atmosphere to year-end bonuses on Wall Street.

Other reasons for the Santa Claus Rally include:

Whatever the reason (take your pick), the Santa Claus Rally has occurred in more than two-thirds of the years dating back to 1960. The rally provides an average return of 1.4 percent, and, on average, each of the seven days of the rally have positive returns. That’s not proof the rally will occur in any given year. Some dismiss it as an anomaly from random price movements.

Trying to take advantage of the Santa Claus rally can be difficult, especially for the inexperienced DIY investor. A more prudent strategy is to maintain a long-term investment plan and speak with an investment advisor who understands the market. In our almost 50 years of experience at Linscomb & Williams, our investment advisors in Houston, The Woodlands and Austin, TX; Atlanta, GA; and Birmingham, AL are well-versed in the market and willing to help position you for long-term success.

Start a conversation! Contact the investment advisors at Linscomb & Williams and make a plan for 2021.

The January Effect is thought to be a seasonal stock market rally in the first part of the year. It may represent a rebound from some tax-selling that occurred in December or, like the Santa Claus Rally, a consequence of year-end bonuses. The S&P 500 had a positive January 62 percent of the time for the period of 1928 through 2018.

Critics say that the January Effect, if true, would point toward inefficient markets. The effect seems to have a more pronounced impact on small-cap stocks, which are less liquid than large-cap stocks. In recent years, markets have been less sensitive to the January Effect, possibly because it is so well-known.

Tax-loss selling in December arises when traders offset capital gains with capital losses in order to avoid taxes. This phenomenon has lost some of its impact, as more money has flowed into tax-sheltered retirement accounts in recent years. These accounts do not need tax-loss selling.

Another phenomenon, called window dressing, occurs when fund managers sell stocks before year-end so that they don’t look bad (holding "losers") when the quarterly and annual reports come out. Year-end selloffs can result in a strong January, as the market naturally returns to its primary trend.

While the January Effect can have an impact on some stocks, these stocks are often less compelling to own through the entire year.

Before making any changes to your investment portfolio, it’s wise to discuss your concerns with an investment advisor and remember your long-term goals. As we have emphasized often, long-term goals are much more important than short-term trading strategies.

Sell in May and Go Away

The adage of “Sell in May and go away” is a nod to the supposed underperformance of some stocks during the warm months (May through October). To follow this strategy, you would sell some stock in May and begin repurchasing stock around the start of November. Some attribute the market’s lackluster performance to slower volume during the vacation months, although thinner trading volume can boost price volatility to the upside also.

The downside of “going away” is that you can miss substantial summer rallies.

The performance record for this strategy is mixed, especially in recent years (since 2013). The period from 1950 to 2013 saw an average return during the summer months of only 0.3 percent, compared to an average 7.5 percent gain during the cold-weather months. However, more recent statistics don’t readily support a strong case for this effect, and following this adage would have left you out of a strong bull rally in the summer of 2016.

You may benefit from rotating stock holdings in the summer months to emphasize stocks that aren’t affected by the summer doldrums. Or, it might be a better idea to simply stay invested year-round. Discuss both scenarios with an experienced investment advisor who knows your situation.

The Third Year of a Presidential Term

There is a lot of concern about how politics affect the market. This has very much been on everyone's mind since 2020 was a presidential election year. The presidential theory is that stocks are weakest in the first year of a presidential term. They start to improve in the second year, peak during the third, and lose momentum in the fourth and final year of the term. The belief is that this applies regardless of the president’s political tendencies.

The reason for this pattern is that a new president may have different economic priorities that can impact the stock market. During the first two years, presidents tend to focus on their election promises, which might not necessarily be positive for the stock market. The better performance in the latter half of the presidential term could be due to re-election fears, encouraging the president to stimulate the economy.

There is some statistical support for this theory, although the sample size is small and therefore less reliable. A 2016 study found evidence for a third-year overperformance relative to the other three years in a presidential term. However, other statistics call attention to the preponderance of gains made in most calendar years.

Timing the market may sound easy – and may feel exciting! But over time, the evidence is that it doesn’t work! See the chart below for some historical evidence.

Rather, we remain convinced that a more prudent investment strategy is to develop a sound, long-term plan and rely on the experience and expertise of a fiduciary investment advisor and create a diversified portfolio that contains many types of assets. The amount you allocate to each asset type is a function of your age, wealth, income, and risk tolerance. By working with an objective investment advisor, you are less likely to succumb to emotional trading that can hurt your long-term wealth. The more you have, the more you have to lose. 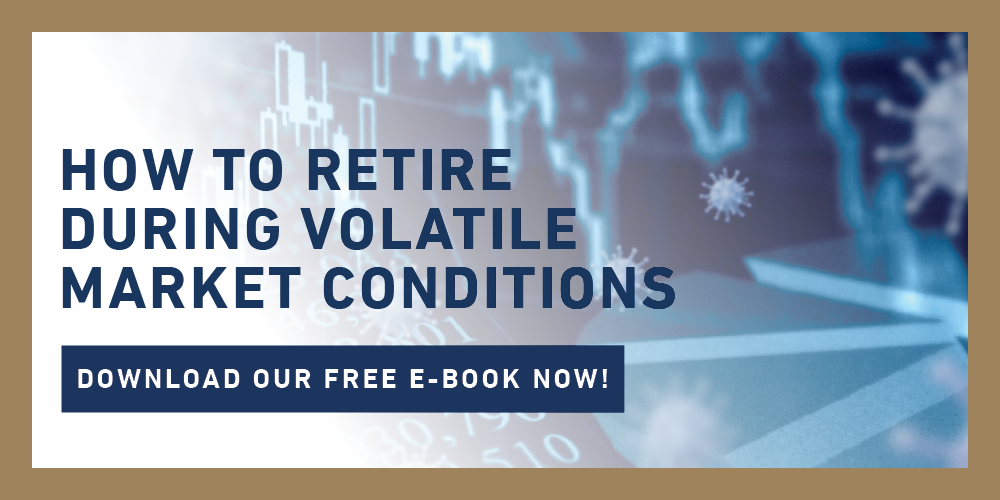 Information expressed herein is based upon opinions and views of L&W and information obtained from third-party sources that Linscomb & Williams believes to be reliable, but Linscomb & Williams makes no representation or warranty with respect to the accuracy or completeness of such information. All opinions and views constitute our judgments as of the date of writing and are subject to change at any time without notice.

It's never too soon to start planning your financial future.

WHO WE WORK FOR

Linscomb & Williams (“L&W”) is a Securities and Exchange Commission (“SEC”) registered investment advisor. We are a fee-only, investment advice fiduciary financial planning and investment management firm headquartered in Houston, Texas and serving investors nationwide. We have over 50 years of experience aimed at helping families build, preserve, and manage wealth.

Connect with us:
Copyright © 2021. All rights reserved Linscomb & Williams.

You are now leaving the website of Linscomb & Williams and are going to a website that is not operated by our firm. We are not responsible for the content or availability of the linked site.
Okay