Rising (or Falling) Interest Rates – Blessing or Curse for Retirement?

Interest rates have been climbing recently, and are up from historic lows. If you’ve seen the headlines about rising interest rates or noticed a difference in your retirement funds, you may be curious about the impact of rising (or falling) rates. What follows are some answers from Houston wealth management specialists.

This article explores the following (and more):

1. Why Do Interest Rates Matter for Retirement Planning?

Interest rates in the U.S. (particularly short-term rates) are influenced by the U.S. Federal Reserve (or “The Fed”). The Fed periodically raises and lowers the rates on funds in response to their analysis of the economy. While these changes don’t directly impact lender interest rates, they nonetheless have an immediate effect because most lenders follow suit quickly.

When interest rates are hiked (or raised), for instance, you are likely to see a rise in the interest rate a bank quotes you, either interest you receive as a depositor, or in the rate you are quoted as an applicant for a loan. Consequently, what’s the effect likely to be on your retirement plans? In dealing with the bank, that depends therefore on whether you are a depositor or a borrower.

In investing for retirement, that depends on the asset class in which you are invested. Most retirement funds are invested in some combination of stocks, bonds, and cash instruments. So, let’s discuss the effect of interest rates on each in the next section.

2. How Will Changes in Interest Rates Impact My Retirement Savings Plan Investments?

Changes in interest rates do not affect each asset class the same. Usually, stocks are held in retirement portfolios because they offer high reward potential. Over time, stocks in the broad-based U.S. market averages have appreciated considerably more than bonds or cash (and that’s even counting periodic drops in the market).

With rewards comes risk, however, since investments in the stock market can be volatile over shorter periods of time, and decline more readily than bonds and cash instruments.  Because interest rates can also affect related business activity of companies that make up the economy, a hike in rates may sometimes be followed by a stock market decline.

On the other hand, a decrease in rates often causes stocks to rally. These changes, however, may represent inflection points that create some market volatility, but such volatility is usually short-lived and is not generally a reason, considered alone, to change your stock allocation in retirement plan investing.

If you currently own bonds, though, your bond values may be negatively affected by a rise in rates, depending on the duration and sensitivity of the bond. Rates are usually set for a specific time period, so they won’t rise for that duration. In addition, the bond price will fall.

Bonds are generally held in portfolios because they are less risky than stocks. While interest rate risk does exist, it’s generally on a spectrum of volatility that is less than the stock market risk but more than the risk of cash instruments.

Interest rates don’t affect the price of cash instruments generally, because the price is stable. Cash instruments carry virtually no risk to the principal. A rise in interest rates can positively impact CDs and savings accounts because interest rates on them will rise, and you’ll begin to enjoy a higher yield. However, if you already have a CD with a fixed rate, the rate will remain at the initial level; it won’t normally rise when interest rates do. You will have to wait until maturity of the CD to reinvest and enjoy the increased rates.

Is Your Nest Egg Safe From Inflation? Watch Our Video and Discover Ways to Safeguard It.

3. Can I Do Protect My Retirement Savings From Interest Rate Fluctuations?

Over time, interest rates rise and fall. The recent climb in rates is significant partly because interest rates have been at historically low levels since the 2008-2009 period. It’s important for investors to keep that in mind. Interest rates exert an impact, but periodic changes are also very expectable.  Recent increases in rates are to some extent merely returning rates to more “normal” levels.

That said, how can you protect your savings from potential fluctuations? First, we always recommend that you work with a fiduciary financial advisor in Houston, TX, with the goal of protecting your savings. As you get closer to retirement, you may want to gradually transition some of your asset allocation to more stable investments from stocks, into areas such as bonds and cash. If you plan on retiring in a year and a rate hike causes the market to drop 20 percent, it can negatively impact your stocks just as you’re planning to begin drawing them down in retirement.

However, if you’re several decades from retirement, it’s important to remember that the interest rate fluctuation effect on the stock market is usually short-term. A buy-and-hold strategy is usually superior for younger people.

How do you protect against fluctuations in bond prices and interest? Again, working with certified financial planners is advisable because optimizing your outcome depends on your retirement time frame. You can structure the maturity of your bond portfolio in different ways to change the risk-reward equation relative to interest rates.

You can also buy bonds at various maturities and various interest rates to protect you from fluctuations. We recommend contacting the firm with some of the most experienced financial advisors Houston, TX, has available.

Interest rate risk in cash instruments exists primarily in fixed Certificates of Deposit (CDs). Another protection method here is to purchase fixed-rate CDs at multiple maturities and interest rates. This is often called a “laddering strategy.”  Also, if you think rates are going up in the future, it may be prudent to avoid longer-maturity fixed-rate instruments.

4. What Else Should I Consider When It Comes to Interest Rates and Retirement Planning? 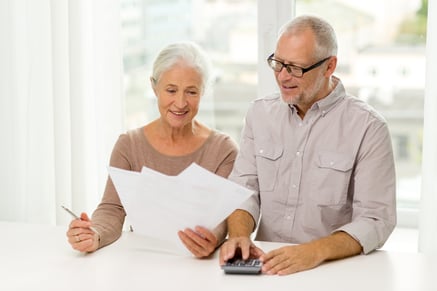 There are several things to consider. One is living expenses: interest rates can affect your overall cost of living in surprising ways. Let’s say, for instance, that you plan to move to a new home once you retire. Changing interest rates will affect any new mortgage payments, so you’ll need to factor that in.

Rising rates can also affect your expenses if you other have loans and debts. All loans (including mortgages) generally are available with variable and fixed rates. If you’re concerned with the retirement planning Houston offers, it can be a good idea to stick with fixed rates, as they won’t fluctuate. That will give you insulation against the threat of higher rates.  On the other hand, if rates are already high and expected to fall, you should discuss the advisability of getting variable rates.

The second thing to consider is inflation. This is the growth of prices for goods and services over time. Generally, U.S. inflation runs at about 2-3 percent annually. Recently, however, it jumped in the short-term post-pandemic period to around 9 percent.  The most important aspect of inflation’s impact is the long-term trend, not so much short-term spikes.

Since inflation steadily erodes your purchasing power, it’s significant for everyone. However, for retirees, it can significantly affect your ability to fund a comfortable retirement. You can better protect your long-run plan by factoring it into your retirement budget projections. At Linscomb & Williams, our team of multi-credentialled professionals works hard to factor inflation risk into our long-run cash flow modeling for clients.  In other words, we don’t assume you will pay the same for each item you purchase, let’s say, 10 or 20 years down the road. You won’t—those prices will change with inflation. In addition, your retirement funds need to be invested for returns that will keep you on track to outpace its effects.

5. Bottom Line: What Should You Do if You’re Concerned About Rising (or Falling) Interest Rates’ Impact on Your Retirement Plans? 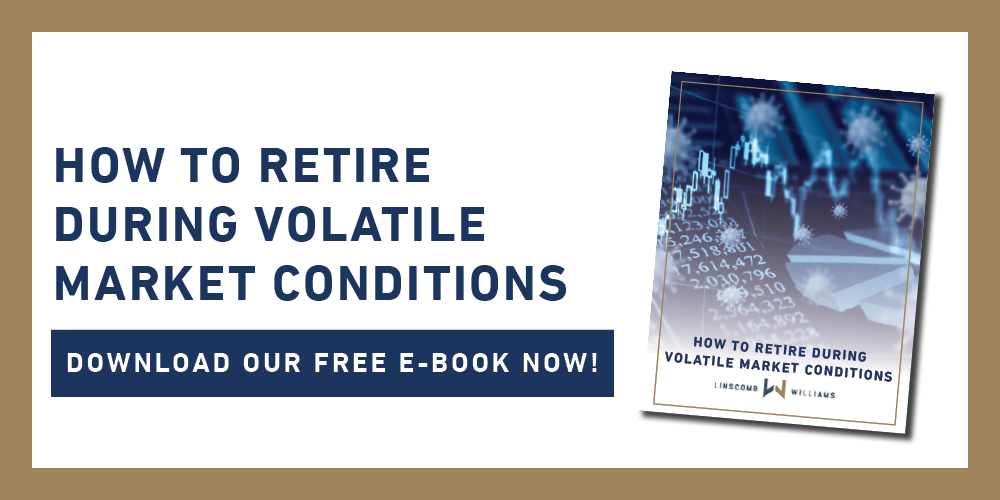 Information expressed herein is based upon opinions and views of L&W and information obtained from third-party sources that Linscomb & Williams believes to be reliable, but Linscomb & Williams makes no representation or warranty with respect to the accuracy or completeness of such information. All opinions and views constitute our judgments as of the date of writing and are subject to change at any time without notice.

It's never too soon to start planning your financial future.

WHO WE WORK FOR

Linscomb & Williams (“L&W”) is a Securities and Exchange Commission (“SEC”) registered investment adviser. We are a fee-only, investment advice fiduciary financial planning and investment management firm headquartered in Houston, Texas and serving investors nationwide. We have over 50 years of experience aimed at helping families build, preserve, and manage wealth.

Connect with us:
Copyright © 2022. All rights reserved Linscomb & Williams.

You are now leaving the website of Linscomb & Williams and are going to a website that is not operated by our firm. We are not responsible for the content or availability of the linked site.
Okay